A video review for Bloomsday 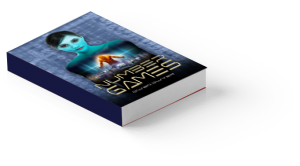 Happy Bloomsday all. I was going to post about our new fiction imprint, Ely’s Arch, coming your way on 14 July, but that can wait. We often forget that, among other things, James Joyce was an enthusiastic exponent of new technology. After all, he helped launch Ireland’s first commercial cinema, the (short-lived) Volta. If he was around today, he would no doubt be posting on social media – if he could be bothered.

Yesterday, an anonymous poster put up a half-hour video review of Number Games by Owen Dwyer on YouTube. The book was published in October 2019. Although it hasn’t yet set the world alight, there’s still time. Good things come to those who wait, they say. The review, by an anonymous (Polish) poster, under the handle Fat Cat Fims (sic) and Books, is the best I’ve come across for a while. Not because the reviewer liked the book: he did, but he certainly wasn’t uncritical. (In particular, he took Owen to task for the prevalence of references to pornography, and the coarse language used. We learnt that the reviewer had resigned from a theatrical production of Pulp Fiction, in which he was slated to play Vincent Vega, John Travolta’s character in the movie, when the director insisted on toning down the somewhat ripe language used in Quentin Tarantino’s script.)

No, the point is that he had taken the time to create a well-produced video that assessed the book in the round, comparing it to similar sci-fi novels, and commenting on its central themes, including the gender-reversal at its heart. (The main character is a man, who is subjected to relentless sexual harassment by women.) The review would be an ideal introduction to a book club whose members were planning to read it. If I was Owen, I’d be delighted that someone had enjoyed my work so much, and that I had succeeded in getting the material across. The reviewer even compared the main character to Winston in 1984: high praise indeed. I may even check out the Polish film Sex Mission, which the reviewer referenced. More importantly, reviews like this confirm what I saw in the story when I read it in manuscript form – and which Darragh McManus asserted when he reviewed the book in the Irish Independent: Number Games is “Irish fiction as we’ve rarely seen it”.

This is the future of reviewing. I urge you to take a look. Let us know if you’ve reviewed one of our books on YouTube, and we’ll post in on the book’s webpage.

Owen’s next book, The Garfield Conspiracy, will be published by Liberties Press on 7 September. We’ll be releasing the trailer video, and making the book available for preorder, on American Independence Day, 4 July. Frankly, we can’t wait. 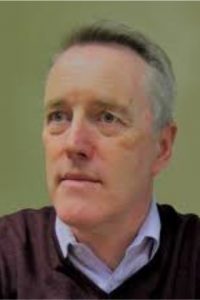