The First Heresy, Ulysses and the importance of KBO

This year marks the centenary of the publication of James Joyce’s Ulysses. This work is widely acknowledged to be one of the great works of modern literature. It tells a timeless story that resonates with all people, in all times: among many other things, it is a story of resilience. Leopold Bloom faces all that life has to throw at him, and makes it through to the end – rather like a marathon runner finishing the race, or indeed the reader of the book itself making it to the last page. The point is that, despite all the forces ranged against him, he made it through – to Gorgonzola sandwiches, pigs’ kidneys and all.

Forget public recognition, or even personal happiness. Reassuringly, Bloom is neither more nor less happy than anyone else. The important thing is to stay the course, and to get through to the end with, if not head held high, then at least still standing upright. As Winston Churchill – a man who experienced more than his fair share of personal and wider challenges, it has to be said – put it, the point is to “KBO”, or “keep buggering on”. 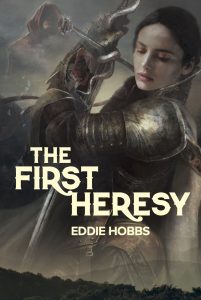 I was reminded of this recently when I mentioned to a friend that we were publishing THE FIRST HERESY, the new book (and first novel) by Eddie Hobbs. My friend’s response? “Well, that’s a blast from the past.” And so it is. But far from being yesterday’s news, as it were, there is something profoundly comforting in the fact that Eddie is still going – much like our friend Leopold, and indeed all of us.

In fact, Eddie’s career as an author has mirrored much of Ireland’s recent development as a country. In 2004, with Short Hands, Long Pockets, as Ireland was on the crest of the wave, Eddie offered advice on spending and budgeting. (As it happens, Liberties Press was founded the previous year.) With Loot!, in 2006, he offered advice on how to spend your SSIA, the government-backed savings scheme. After 2009’s Debtbusters, a self-help guide to managing distressed debt, came Energise (2010), a guide to investing in energy, including green energy. Own Our Oil, in 2012, was a collection of essays calling for Ireland to exploit possible offshore oil reserves (and was also, incidentally, released by Liberties). One national newspaper, rather than engage with the issues raised, described it as a “boring book” (because of its material on drilling and exploration). Ho ho.

Over plenty of years, Eddie has been ahead of the curve – a more-than-useful corrective to the mindless groupthink and muddle-through consensus which has often bedevilled our development as a country, and sometimes actively damaged people and institutions. 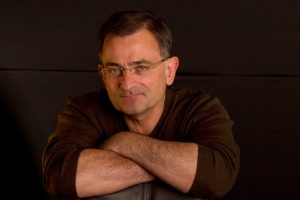 THE FIRST HERESY, which is at heart an adventure story, tells an age-old tale: the struggle of a small upstart group against an over-mighty empire. Same as it ever was, in other words – though we need to be reminded from time to time. It spans the ancient and medieval worlds; as Eddie puts it himself in the preface: “The First Heresy was written during the first Covid-19 lockdown, as an escape from it. . . . I really do hope you enjoy the yarn – and pick up some history along the way.”

We need Eddie Hobbs’s contrarian, libertarian voice now as much as we ever did. We might not like what he has to say, but we would do well to keep an open mind at all times – given that critical, independent thinking has perhaps not been prized highly enough over the years. Or, as your man Voltaire put it: “I hate what you say, but I will defend to the death your right to say it.”

In short, having gone through our own share of troubles over the years, we are delighted to be reunited with Eddie, and to be publishing THE FIRST HERESY. We look forward to what readers make of it in due course. (The fact that the bulk of the copies are currently stuck on a container ship in what is essentially a queue in the Irish Sea, following the closure of Dublin Port as a result of Storms Dudley and Eunice, should be neither here nor there. Good things come to those who wait.)

More power to him.

Look out for coverage of THE FIRST HERESY in the Sunday Independent, the RTÉ Guide and the Sunday Times, and on Limerick Live, Galway Bay FM and Talk Radio Europe in the coming weeks. You can find out more about the book here https://libertiespress.com/product/the-first-heresy/ or here https://elysarch.com/the-first-heresy/, or at your local bookshop or online retailer.