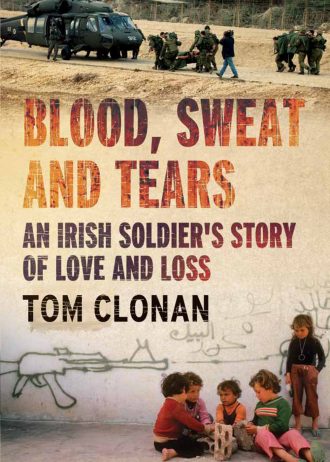 Captain Tom Clonan’s odyssey begins as an Irish army officer in war-torn Lebanon and Bosnia. As a soldier, he witnesses the brutality and squalor of war in the conflict zones of the Middle East and Central Europe. On his return to peacetime Ireland, he is forced to confront the dark secret at the heart of the Irish Armed Forces, including the systematic sexual harassment of Irish women soldiers.

Over a million US troops have taken part in the Global War on Terror. Most take their first steps on that journey at Shannon Airport. Thousands return in sealed coffins. From Shannon Airport, to Iraq, Syria and Guantanamo Bay – Clonan’s exploration of this world war begins, and ends, in Ireland.

Whistleblower, Soldier, Spy charts Clonan’s progression from soldier to academic and journalist and offers an honest and vivid account of life on and off duty. Clonan writes of his own personal hardships, coming to terms with the loss of a precious daughter and the struggle to protect a son in ill health.

It is a testimony to conflict, global and personal, and of the importance of moral courage. It is a book which ultimately affirms the power of love in the fight against the forces of destruction.