View cart “Selected Stories: Audiobook” has been added to your cart.

Thomas Kilroy, a novelist and playwright, has had a long, illustrious career. The Big Chapel was nominated for the Booker Prize and won the Guardian Fiction Prize and the Heinemann Prize. In February 2008 he was presented with the PEN Ireland Cross Award for his contribution to literature. His plays include The Death and Resurrection of Mr Roche, Double Cross, The Madam MacAdam Travelling Theatre, and The Secret Fall of Constance Wilde.

Based on a notorious clerical scandal in Victorian Ireland, The Big Chapel by Thomas Kilroy deals with the indelible essence of humanity and the dangers of adhering to ideological dogma. It is striking in its range, from the anguished interiors of its characters to the rich, panoramic glimpses of the community at large.
Nominated for the Booker Prize upon its release in 1971, and winner of several awards, including the Guardian Fiction Prize and the Heinemann Prize, The Big Chapel is one of the great Irish novels.
Part of the Liberties Revival series, this novel depicts life in an Ireland ensconced in clerical power, and still resonates with the Irish experience today. Thomas Kilroy has written an anatomy of religious, dogmatic violence that remains strikingly relevant. In scenes that range from the private and reflective to the panorama of a whole community in convulsion he draws upon a deep knowledge of the history and folklore of the time and place.
While there is a great deal of humour in The Big Chapel, it is a work of tragic proportions and its array of characters remains with the reader. Father Lannigan, the anguished demagogue haunted by the implications of his own revolution. Master Scully, a man unable to choose at a time when all men are faced by choice. And Horace Percy Butler, landlord and amateur scientist, a tragic comic character who is quite unlike anyone else in Irish fiction whose journal, in itself a remarkable feat of writing, punctuates the novel. 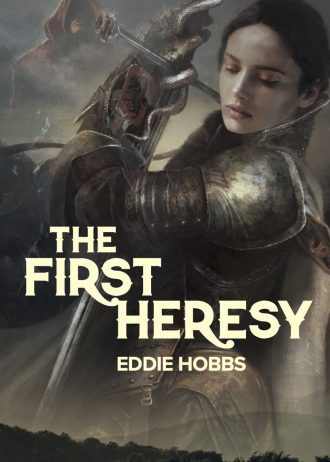