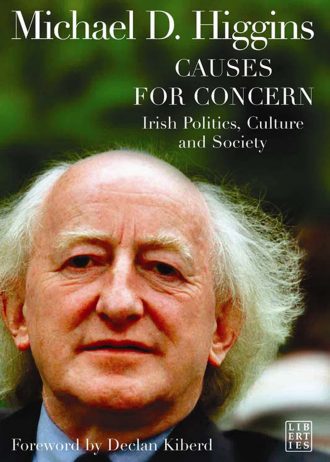 Following the hugely successful Causes for Concern, and his recent publication New and Selected Poems, Renewing the Republic spans the President’s academic and political career through new and old essays as well as some of his best speeches, including his final speech to the Dáil which has amassed over 10,000 hits.

Michael D. Higgins’ vision as part of his Presidential election campaign and now following through to his tenure as President of Ireland, is ‘of [an] inclusive citizenship in a creative society, as we build a real Republic that makes us proud to be Irish in the world’. Renewing the Republic is an expansion of that vision as Michael D. lays out, through a series of essays and speeches, the ideals and philosophies by which this is possible.

This collection of essays include Michael D.’s reasons for running for the Irish presidency; his academic essays on a variety of subjects, including the peasantry in Ireland and public representation; his thoughts on recent social and political changes and the current economic crisis. His speech at the Tom Johnson Summer School, highlighting his commitment to the arts in Ireland, and his last speech to the Dáil on 25th January 2011 also feature.