Eamon Gilmore has been a TD for the Dun Laoghaire Constituency since 1989 and Leader of the Labour Party since September 2007. He is married with three children. Gilmore was born in Caltra, Co Galway. He studied Psychology in University College Galway and was elected President of UCG Students’ Union.

After leaving college he became the youngest elected leader of the Union of Students in Ireland. Prior to establishing a career in politics he served as a trade union organiser. He was elected to Dun Laoghaire Borough Council and Dublin County Council in June 1985. Four years later he was elected to Dáil Éireann and has been re-elected at every subsequent general election. Between 1994 and 1997 he served as Minister of State at the Department of the Marine. He became Leader of the Labour Party in September 2007.

Eamon Gilmore, former leader of the Labour Party, has dedicated his life to his family and to politics. He has served in the Dáil for twenty-one years. However, despite his public profile and national popularity, not much is known about the man behind the leader.

In Leading Lights, Gilmore discusses the people who moved him to go into politics and influenced the development of his political beliefs. Interweaving his own personal narrative around the figures who influenced him throughout his formative years and career, the book is an important insight into the man behind the politician.

Gilmore’s inspirations range from family and colleagues, his grandmother Ellen Gilmore and Prionsais DeRossa, to internationally influential figures such as Martin Luther King. There are also some surprises, such as the ‘Iron Lady’ of British politics, Margaret Thatcher, musician Seán O’Riada and playwright Seán O’Casey spicing up the list. 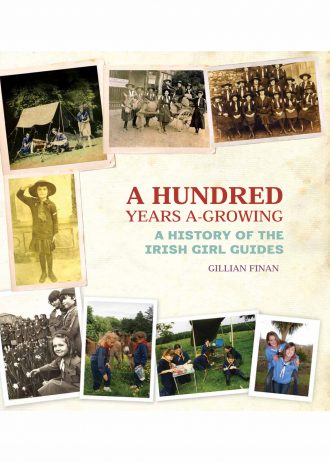 A Hundred Years A-Growing: A History of the Irish Girl Guides