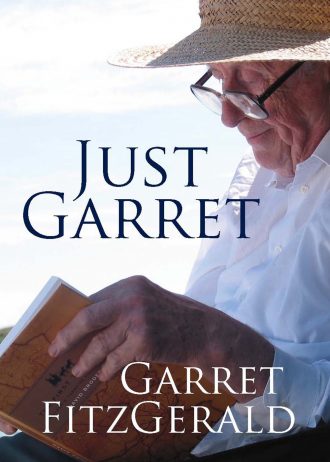 A collection of essays, many of which have not previously appeared in print, on Irish history and politics, contemporary Irish society and world affairs by twice former Taoiseach and respected columnist Garret Fitzgerald. Also available in hardback.

Dr Garret FitzGerald was twice Taoiseach, from 1981 to 1982 and again from late 1982 to 1987, and was the driving force behind the Anglo-Irish Agreement of 1985. In this extensive collection, including pieces drawn from essays and speeches delivered over the past several years, Dr. FitzGerald examines the emergence of the Irish state, the Northern Ireland question and the position of Ireland in relation to Europe, the US and the wider world. Exhibited in this illuminating collection is the breadth of Dr. FitzGerald’s interests, the sheer scope of his expertise and the clarity with which he presented occasionally controversial but always compelling arguments.

The hardback edition was a very popular title upon its release during the Christmas period, 2005 and this paperback edition coincided with a major four-part television documentary series broadcasted by RTÉ in which John Bowman, Vincent Browne, Marian Finucane and Martin Mansergh presented an episode each.