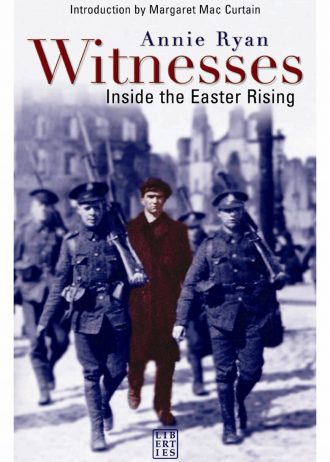 The period leading up to Ireland gaining independence remains hugely popular with readers both at home and abroad. The success of the film The Wind That Shakes the Barley has served further to ignite interest in those turbulent years. Comrades: Inside the War of Independence, a companion volume to the hugely successful Witnesses: Inside the Easter Rising, draws on official witness statements taken in the late 1940s and only released to the public in 2002. In its judicious use of the statements given by the foot-soldiers and second-line participants in the War of Independence, the book provides a unique perspective on the events of the War of Independence.

Annie Ryan organises the events geographically and includes a chapter on the significant role played by women throughout the conflict. The flying columns, the ambushes, the activities of the Black and Tans and the reprisals are all vividly outlined through the voices of the protagonists, who recollect their roles, great and small, in the struggle that ultimately led to the Treaty negotiations and the establishment of the Irish Free State. Rare and unpublished images serve to illustrate the events and the book features an introduction by well-known historian and author Dr Diarmuid Ferriter.