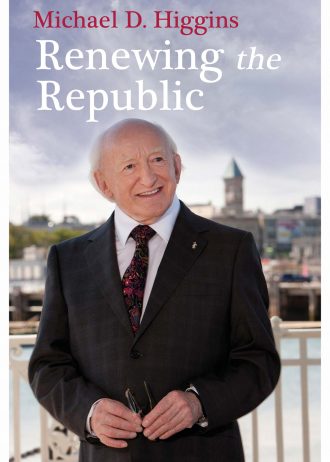 Causes for Concern: Irish Politics, Culture and Society collects some of the best and most insightful writing on Irish society, culture, human rights and the larger context of Ireland in Europe and the wider world from Michael D. Higgins, Ireland’s ninth president.

While four of the signatories of the 1916 Proclamation were poets, you would be hard-pressed to find the same number in today’s Dáil chamber. A man who fits the bill as poet and politician is Michael D. Higgins, perhaps one of the few public representatives today who enjoys widespread respect across all political persuasions.

Causes for Concern covers some aspects of Michael D.’ s early personal history, Irish politics, culture and broadcasting, global politics, and the human condition. Drawing on material produced over more than forty years, Michael D. Higgins discusses the Irish political system, the role of the Left, Nicaragua and South American politics, Irish film, his own personal journey through political and creative life, and the best ways to enhance and protect human life.

In a comprehensive section on Ireland and the global community, he sheds light on Ireland’s international relations with the politically complex nations of Turkey, Iraq, Somalia and Lebanon amongst others — a fascinating read this side of the “Arab Spring” and unmissable for those interested in an empathetic insider’s view of the innermost workings of the often chaotic international political arena, all told from an Irish perspective. An enlightening, thought-provoking and humane collection of essays, Causes for Concern features an extensive foreword by commentator and writer Declan Kiberd.