Barry Flynn is from Belfast and has been writing on boxing for over a decade. He has previously worked as a sports broadcaster for BBC Radio Ulster and has contributed to RTÉ, Newstalk and Independent Network News in Dublin. He is the author of three books on Irish boxing – Legends of Irish Boxing, John McNally: Boxing’s Forgotten Hero and Bernard Dunne: The Ecstasy and the Agony (also published by Liberties Press) – and Soldiers of Folly: The IRA Border Campaign 1956–1962 and Pawns in the Game: Irish Hunger Strikes 1912-1981. 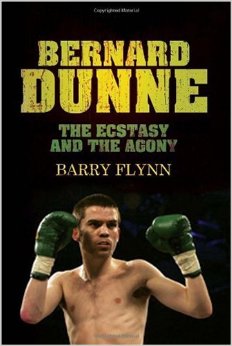 Bernard Dunne: The Ecstasy and the Agony

In the 1950s and 1960s, boxers John Caldwell and Freddie Gilroy reached the pinnacle of their sport, bringing immense pride to Belfast and Ireland, gaining international acclaim also. The two best friends – and Olympic medallists in 1956 for Ireland – became world famous within their sport.

From childhood friends to international champions, the two men’s rivalry peaked when Caldwell claimed a share of the world bantamweight crown in a fight that had been promised to Gilroy. Caldwell and Gilroy were pitched against each other in a bloody battle in Belfast’s King’s Hall on a cold, sober Saturday, on 20 October 1962. The two fighters attracted a crowd of 16,000 people to the King’s Hall. The Cuban Missile Crisis was still ongoing and atomic war was a distinct possibility between the USA and the USSR, but Belfast was more concerned about the fight between its own two super powers at the King’s Hall.

However, that gripping night did not resolve the question of who was the better boxer, which lingers to this day. Best of Enemies is a reflection of a fragmented society in the 1960s, bringing to life a re-lived rivalry which vitalised an entire generation, creating a hallmark of Irish sporting folklore.