Patrick Brocklebank began his career as a graphic artist and freelance photographer in the late 1970s, working for Hot Press, In Dublin magazine and the Sunday Tribune newspaper. During this time he got to know and work with many local bands, including U2 and the Virgin Prunes. The bands often asked him to photograph them; these photos, together with some of his commissioned work from various publications, form the heart of Where the Streets Have 2 Names. In recent years, he has staged a number of solo and group exhibitions of his paintings and graphics. In 2012, the Little Museum of Dublin invited Patrick to exhibit a number of his early photographs of U2. The show attracted more than 10,000 members of the general public and received international media attention, and in April 2013 the exhibition was mounted in the Rock ‘n’ Roll Hall of Fame in Cleveland, Ohio. 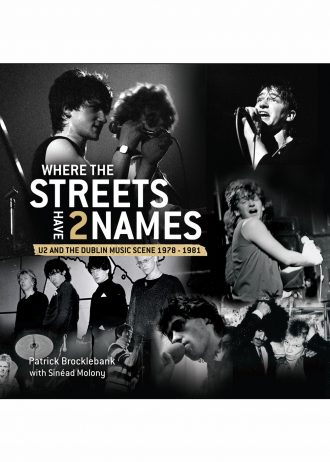