Liam Ryan was born in Donohill, Tipperary in 1955 but now lives in County Laois, where he has his own architectural business. He is married with two grown-up daughters. Doghouse Books published his debut collection of poems, Touching Stones, in May 2009. His poems and reviews have been published in the Irish Times, Poetry Ireland and The Shop. One of his poems won third prize at Strokestown International Poetry Competition in 2012 and his work has been included in several anthologies, including the Dublin anthology If Ever You Go. 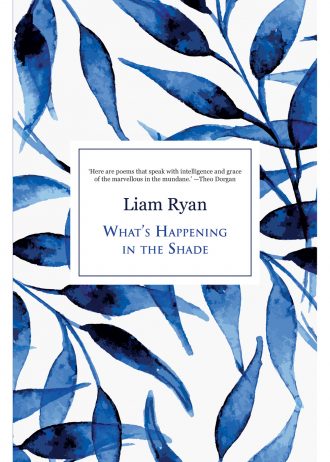 What’s Happening in the Shade