Lara Marlowe was born in California and studied French at UCLA and the Sorbonne, then International Relations at Oxford. She started her career as an associate producer with CBS's '60 Minutes' programme, then moved to print media with the Financial Times and TIME Magazine. She has reported for a host of broadcast and print media, and in recent years has been a staff foreign correspondent for the Irish Times. Her journalism has received three awards, and her first book The Things I've Seen, also published by Liberties Press, received high praise. For her contribution to Franco-Irish relations, Lara was made a Chevalier de la Légion d'Honneur, one of the highest honours the French government can bestow. She spends her holidays in Paris and Dublin. 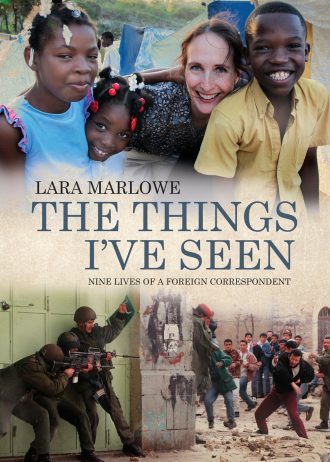