John has worked at every level of the business on his route to the top. He has been a luggage porter, a room service waiter and a chambermaid. During a spell in Paris, at La Ferme l'Irlandais, under the guidance of Myrtle Allen, he washed pots and pans until he mastered the French language. After a move to London, John worked at the Rib Room restaurant in the Carlton Towers on Sloan Street. This old school London eatery was a haunt of thespians and aristocrats alike. He was the maître d’ at Europe's largest free-standing restaurant, Mezzo, which was designed and owned by Sir Terence Conran, before taking the reins at Dublin's newest 5-star hotel, The Four Seasons. John has worked in corporate management consultancy, advising managers about the importance of personal image, people skills and social etiquette. He also teaches what he has mastered in his career - how to handle every situation at every social occasion, without batting an eyelid. He has appeared on RTÉ’s The Restaurant since its beginning in 2002, and has appeared on multiple TV and radio shows ever since. 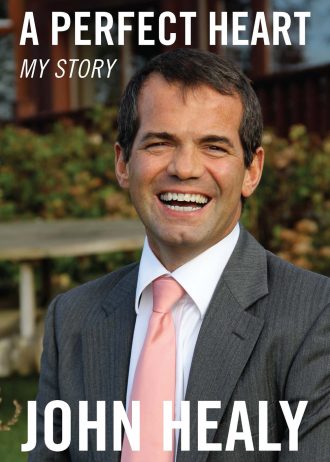 A Perfect Heart: My Story