Geraldine Comiskey is the Sunday World’s roving reporter, rooting out Ireland’s wackiest stories. Her best-known scoop for the Sunday paper was the Thierry Henry doorstep ‘ambush’, when she appeared on the front pages of nearly every newspaper in the world, and TV news bulletins from Bogotá to Bangkok. Geraldine had her first news story published at the age of fourteen, in the Evening Herald, and since then has worked for a variety of regional and national papers, including the Irish Times, Irish Daily Star, Irish Daily Mirror, Irish Sun, Sunday Tribune and the Irish Press, amongst many others.
As the Irish Daily Star’s adventure correspondent, she had many wacky assignments including: getting set on fire by stuntmen, dancing on the wings of a World War II bi-plane, joining a circus trapeze troupe, and learning to shoot with the elite Garda ERU. Outside her life as a journalist, she has had many jobs, including a stint as a TEFL teacher in Italy, which she expanded into interpretation and translation work with her fluent Italian. 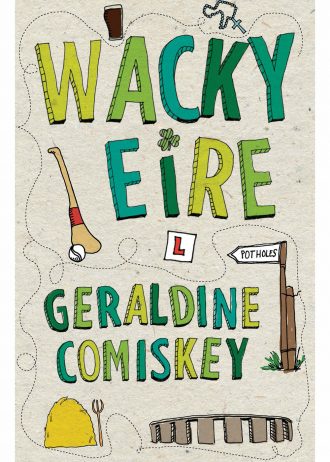