Donough is the son of Toby O'Brien, PR Guru to Winston Churchill. He is one of the O'Briens of Dromoland. During the Swinging 60s, Donough shared a flat with Lord Patrick Lichfield, and launched the club Sibylla's, with George Harrison. His friends included Joanna Lumley, Jacqui Bisset, Charlotte Rampling and Mary Quant.

Donough works in advertising, running the UK arm of New York firm, Spring O'Brien. He has worked with many of Ireland's leading companies. He is also the author of Fringe Benefits and Fame by Chance, both of which have been translated into many foreign editions. Donough lives in London and France with his wife, Liz, also a writer. He has two sons and a step-daughter who are also in media. 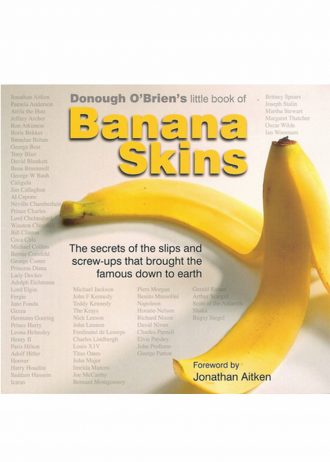