Barry Cassin’s life in the theatre began in the days of the “fit-ups”, when a company visited a different town every week and staged a different play each night. He directed the first productions of John B. Keane’s The Field, Big Maggie, The Year of the Hiker and The Matchmaker. Barry also spent over fifty years as an adjudicator of amateur drama, including five All-Ireland Finals in Athlone. In the 1950s, he ran the 37 Theatre Company, then operating from a basement in Dublin’s Baggot Street, where he staged the first Irish production of Arthur Miller’s The Crucible. He returned to acting in the 1980s in the Lyric Theatre Belfast, in Graham Reid’s Lengthening Shadows. He appeared regularly in films, including The Count of Monte Cristo, and Byzantium, directed by Neil Jordan. Barry lived near Balbriggan in north County Dublin with his wife Nancy, with whom he had five children; he died in 2017. 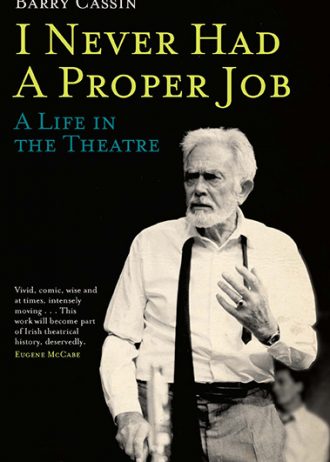 I Never Had a Proper Job