Last night, RTÉ 1 broadcast Domestic Abuse: A Year in Crisis, a film made by Barry O’Kelly of the RTÉ Investigates unit. The programme made for compelling viewing; the paint-effect animation, all brushstrokes and seeping watercolours, and a moody score, added to the overall effect. We learnt that 1 in 9 women, and 1 in 4 men, will be subject to relationship abuse at some point in their lives. The show featured those who had experienced abuse, their faces in plain view, talking about their experiences. The lockdowns pushed the issue further below the surface – and made victims less accessible. Many of the stories we followed ended in the death of the victim – often after she had returned to her partner. We earned a newfound respect for the women (and it was all women) who staffed the refuges which offer sanctuary to those in dangerous situations.

In the ad break, we saw the new campaign from Women’s Aid, encouraging people to physically escape abusive relationships. Unlike some previous campaigns, which focused exclusively on the impact of abuse, this one concentrated on the ways women can get out of a bad place. It had the feel of a movie trailer: would she get away before it was too late. It was an empowering, moving approach to take.

Don Hennessy, a world-renowned expert on domestic abuse, featured heavily. He stated that he found it difficult to come to terms with what perpetrators of violence did to women, describing them as having no conscience. His particular contribution to the debate has been to explain how abusers – psychefiles, as he terms them, referring to the fact that these men get a thrill from manipulating those around them – exploit the kindness their partners express towards them.

Don is the author of two best-selling books offering advice to women who are subject to domestic abuse, STEPS TO FREEDOM and HOW HE WINS. We have just received stock of the sixth printing of Steps to Freedom. Of all the hundreds of books Liberties Press has published since 2003, this one may have had the greatest practical impact on people’s lives. Even if the book is not read from cover to cover, the act of buying it is an acknowledgement of the problem, and a marker that you intend to do something about it. As the saying goes: a journey of a thousand miles begins with a single step.

Men have their part to play. As well as putting physical and emotional violence beyond the pale, we need to change the way in which women are described in all-male company – both by not speaking about women in derogatory, objectifying terms, and (which is more difficult) calling out this type of talk when we witness it. This is the only way that the pool that feeds abusive behaviour will dry up.

As well as supplying Don’s books to shops, we send them out to private homes – often at the request of a third party, typically a friend or relative of the person being abused. It may not be the type of book you would feel comfortable asking a bookseller for in person. I once asked Don whether, by sending books direct, we weren’t putting the women in further danger. His reply?

“These women are much more resourceful than you imagine.” Amen to that. 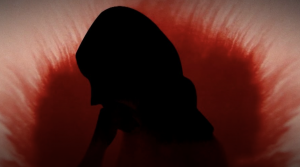 Domestic Abuse: A Year in Crisis is available on the RTÉ Player.

You can read more about Don Hennessy’s books here:
https://libertiespress.com/product-author/don-hennessy/