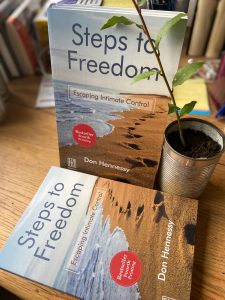 Last night, Channel 4’s 24 Hours in Police Custody centred on a case of coercive control which ended, tragically, with the death of the victim. The twist was that the person who died was a man – who had been repeatedly assaulted by his female partner.

The programme made for fairly grim viewing. The victim had named his attacker in a 999 call after a particularly brutal assault; he subsequently withdrew the allegation, claiming that the incident had occurred following a fall, when he was drunk. The pair were childhood sweethearts, and he remained loyal to her – a loyalty no doubt partly driven by fear of becoming homeless, or being killed by his abuser. The officers involved had met the man on a number of occasions. Although they are no doubt trained not to become too involved in the cases on which they work, it must be almost impossible not to take things personally. Tears were shed.

After the man’s death, the officers sought to increase the charge against the attacker from manslaughter with intent, to murder. The attacker, after denying any involvement initially, subsequently pleaded guilty when the case came to trial. The judge, citing the perpetrator’s troubled early life (she had been a victim of serious domestic abuse herself, and had self-harmed), ruled that there was insufficient evidence that the attack had directly caused the death of the victim. The woman was found guilty of actual bodily harm, and given a sixteen-month jail sentence. A light sentence for intentionally taking a life.

One of the man’s friends told officers how he had been a happy, outgoing person before the abuse began, and we saw photos of him showing off a prize fish, in happier times. The show reminded us that, while a young couple might be looking for their “forever home” in one part of the city (Kirstie and Phil, earlier in the evening), a few streets away, terrible events may be unfolding.

There is help available for those affected by coercive control. We are proud to have made a small contribution in this area with the publication of two books by relationship counsellor Don Hennessy, a world-renowned authority on domestic abuse: How He Wins and Steps to Freedom. These books provide advice to women on exiting abusive relationships.